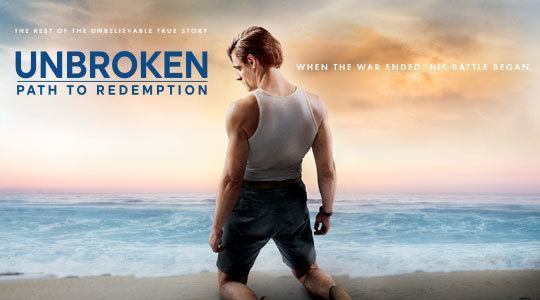 Send me a text reminder on April 26

Come experience the REST of the story of "The Torrance Tornado", Louis Zamperini.  Zamperini's harrowing and true story of being lost at sea, "rescued" by the Japanese during World War II, and struggles and survival in a Japanese POW camp was vividly portrayed in "Unbroken", a major theatrical release a few years ago.
​
This is the second half of the Zamperini story.  In this movie, we will join Zamperini as he battles with the demons of his past from the POW camp, and learn how he was able to overcome his challenges as he returned to America and tried to resume his athletic career and live a normal life.

Due to some of the violent nature of this movie it is rated PG-13, so parents be cautioned.

We provide free snacks at the movie.  Come join us.
See the trailer below.

Please log in again. The login page will open in a new tab. After logging in you can close it and return to this page.